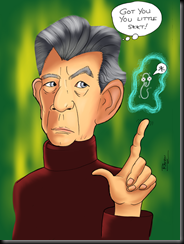 Posted by Hypervox at 2:36 pm 1 comments

Today has been an interesting day.  Over the last few weeks, I’ve been looking into the iPad pro, and asknig myself “is it really worth it?”

Well, the answer to that depends on a lot of factors.  To begin with, let’s look at my digital cartooning history.  I started out using a HP TC1100 tablet pc and stylus (originallly made in 2006) and OpenCanvas.  This combination wasn’t bad, but OpenCanvas started to get a little glitchy, so I moved on to Manga Studio and Xara Xtreme.  This software forced me to upgrade my tablet rig to a Fujitsu Stylistic 5112 tablet pc.  I’m still using this rig, but lately I’ve moved the drawing side to a Samsung Galaxy Note Pro w/Sketchbook and the colouring to an iPad w/Procreate.

In the course of moving hardware, my software requirements have changed accordingly, becoming much simpler.  All I want now is an app to create good linework, and one to create good colour work from that linework.

So, what have I found?

Firstly, that accuracy is important to me.  When I draw with a pencil, I expect the mark to be in a certain place.  With WACOM penabled tablets, even good ones like the Galaxy Tab Pro, there is an offset due to parallaxing between screen and stylus which can be very annoying and offputting.  i found this today when I was colouring my works xmas card with the Galaxy, and I’d never really appeciated it before – until now.

Secondly, that software can make or break the deal when it comes to digital cartooning.  I’m not talking features here, but basic functionality.  Essentially, will the software let me create the way I want to, or do I have to fight it?  An example:  I was trying to pick an existing colour, something that should be easy (and in fact is very much so in Procreate), but found that in Sketchbook I was struggling to accomplish this basic task.  Yes, I know that it’s reletively easy, but something that simple shouldn’t break your flow.

I’ve moved away from Tablet PC’s because I find that the software adds too mcuh complexity when I’m creating – I just want to get the drawing down, ink and colour it – I don’t want to have to fight through menus and options.  If I want to do vectors, that’s a different kettle of fish, but pushing pixels should be easy.

i’m starting to move away from the Galaxy Tab Pro because the s-pen does have some parallax and becomes annoying to use.  Also, there’s only really two apps that cut the mustard for cartoons on Android – Sketchbook and ArtFlow.  “Not a problem” I hear you cry.  But I answer that with “No – but they’re not Procreate”.

I cannot explain just how good Procreate is.  It is the sole reason why so many artists choose the iPad to do their artwork.  I would seriously, rather colour my pictures with my finger in Procreate than use any other software – it’s that good.  My highlights are the brushes, the colour picker and the sheer pleasure that is blending.  If I can’t use Procreate, that’s a real deal breaker.

So here we are – I’ve ruled out PCs & Android – that just leaves IOS & Procreate, and now we come to the final item – the Apple Pencil.  i took the time recently to try one with Procreate on an iPad Pro 12.9 at an Apple Store recently – and I was blown away.  The accuracy is astonishing.  There is virtually no parallax at all, and the Pencil feels natural to draw with.  Add the that the tilt sensor and …  wow, just wow!

Not everyone will agree with my findings, but I will be moving to an iPad Pro 12.9 with an Apple Pencil and Procreate – just as soon as I can get the money together….

Posted by Hypervox at 2:32 pm 0 comments