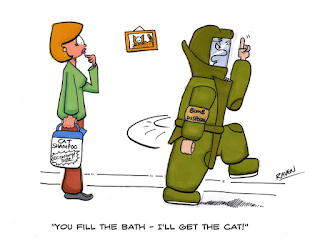 Two cartoons this week.  The first - "Get the Cat!" - was inspired by a conversation on facebook with my good mate Chris... 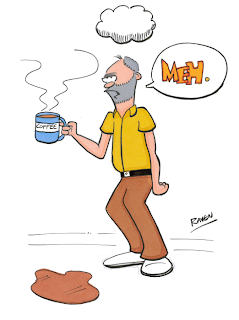 The Second - well, it's been a bad week!

Both cartoons are rendered using Spectrum Noir & Promarker Markers.  I love these things - I seem to get so much more finished...  :)

Posted by Hypervox at 2:00 pm 0 comments

Watchdog - why you should TALK to your engineer...

Something got me quire riled this week.  The BBC's "Watchdog" program did a piece on a Computer Support company that ripped off it's customers, and as part of the "undercover investigation", they nobbled a PC so that it could be fixed by an engineer.  So far, so good, until they showed how they nobbled the PC in the first place.

They chose to remove a jumper from a disk drive.

I take affront to this test for several reasons.  Firstly, it's not a "natural" fault that would occur during normal use, instead, it's a fault that should only occur if a) the user has been fitting hardware, or authorised someone else to fit hardware (like a new disk), or b) on the day the computer was built.  Secondly (and perhaps more damningly), the "user" (an actor in this case) was instructed to tell the engineer some cock and bull story about the machine getting slower and slower, before it stopped altogether - at no time mentioning that the case had been "opened".

I'm sorry Watchdog, but you're out of order.  I don't doubt that the company concerned were a bunch of cowboys (you just had to see the prices they were charging), but this evidence misleads the public.  Engineers rely on the information that the user gives to them to make an accurate diagnosis of the problem - in this case, your information was not just incorrect, but deliberately misleading.  A computer engineer is like a doctor - both have to make a diagnosis based on reported symptoms and tests.  It's like swallowing lots of laxatives, experiencing a bad case of Bombay Belly , and then complaining to the doctor that you feel unwell, you wee a lot, and then showing surprise when he says you might have Diabetes...

Posted by Hypervox at 2:05 pm 0 comments 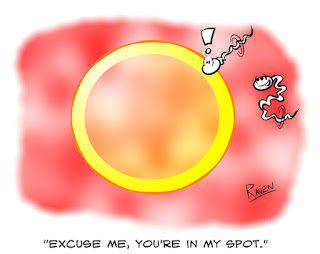 it's the time of year - Movember is here!

Yup - it's the time when we all grow a moustache to show our support for those promoting and supporting the charities that deal with mens health issues, such as prostate cancer.  I'm doing my bit, by offering my cartooning services for your delectation.  You can get a portrait by me by going here...

...and if you don't like my style, choose one of the other amazing artists! It's all in a good cause... 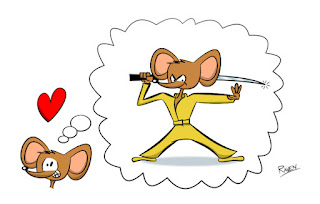